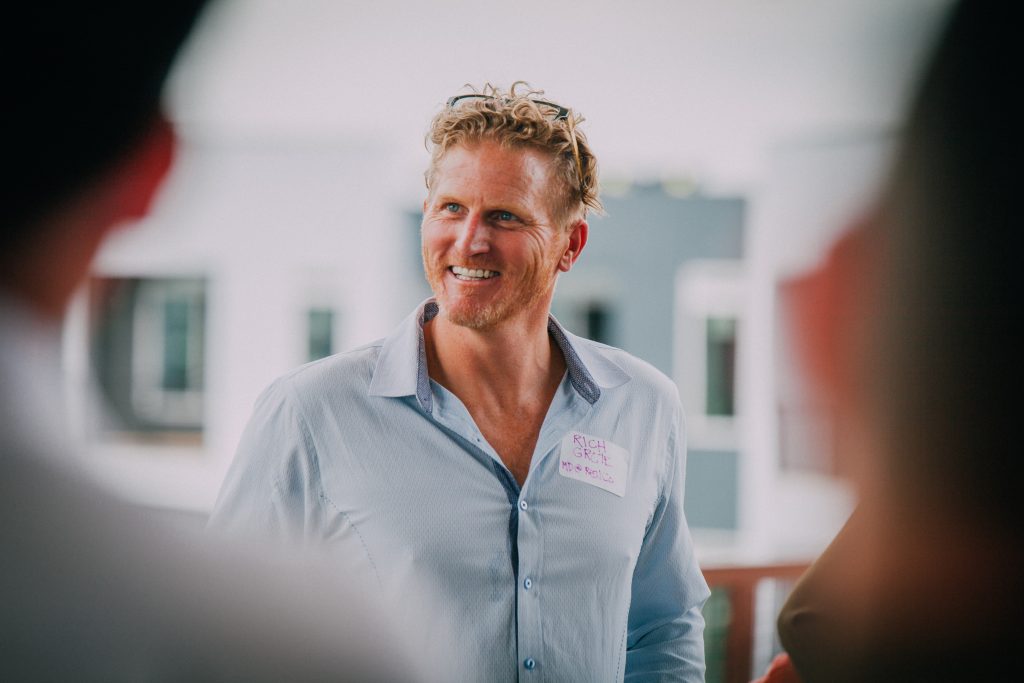 The first year of the RealCo Long-Term Accelerator program has been extremely productive. The accelerator started in March 2017 with two companies and now has seven in its cohort. RealCo also celebrated its anniversary by announcing its latest addition to lead the company— the new managing director, Richard Grote.

Based in Boulder, Grote is steeped in the startup community and culture in Colorado and has co-founded five companies and a travel startup accelerator. Grote plans to spend up to 75 percent of his time in San Antonio. Saum also happens to live in Austin, traveling to San Antonio on a regular basis. With RealCo’s presence now expanded to Boulder and Austin, the fund is searching for downtown lodging that can be used by the traveling team members as well as founders of companies not located in San Antonio.

Girdley sees the expansion of RealCo to these cities as a reflection of a growing trend.

“We’re seeing a trend in the market where it’s shifting from building a company locally with all your people in one place to a world that is becoming more distributed,” Girdley said. “Our strategy is to build something unique to accommodate startups because RealCo is by default distributed, with startups in Austin, the Bay area, San Antonio, and in Houston.”

In RealCo’s program since January 2018, Dearduck represents another trend Girdley has noticed—more companies choosing to relocate to San Antonio. Still settling into her new San Antonio address after moving from Houston, Dearduck founder Katy Aucoin developed a data platform to give retailers the ability to customize personalized marketing to their customers. Aucoin realized the team needed sustained support that would extend beyond the typical three-month accelerator program.

“We know we need to get through several phases of development in order to scale successfully,” Aucoin said. “The RealCo team is the right fit for us, from personality to support and experience.”

Dauber Applications is one of the first two companies in RealCo’s cohort.  Founder Brian Jones and his team developed an app to help trucking fleets connect with one another with a real-time optimizing tool. Dauber has since raised a $1.2 million seed round in 2017.

“I especially liked that the RealCo plan was to help us get from seed to Series A,” Jones said. “The team at RealCo has continued to help us reach metrics necessary for our Series A funding round at the end of this year.”

Other RealCo startups include FunnelAI, an artificial intelligence startup using AI to generate leads for sales; FileThis, an aggregation engine for financial tech platforms linking to consumer financial accounts for retrieval of online bills and  statements; and MR Presta, a financial tech business lending startup working capital financing for small and medium-sized online retailers in Mexico and Brazil. The two newest companies are in RealCo’s program and have not yet been announced.

Grote is keen on RealCo’s ambitious plans for its future and plans to leverage his connections to the Global Accelerator Network as he looks for other ways to share best practices with those looking at the accelerator model. Once RealCo’s ten spots in its cohort are filled, the new structure will help extend its reach to other entrepreneurs.

“I do have a network for building companies I plan to tap into to help these startups,” Grote said. “I also plan to build an entrepreneurial bridge that can connect Boulder to San Antonio, and will work on expanding that network beyond those cities. We want to make the accelerator model available to everyone regardless of location.”

According to Grote, RealCo is interested in developing a structure that delivers content regularly to startups with more of “a human touch.” As planning for this new effort continues, Grote envisions more opportunities for founders to network with other founders and mentors to connect with other mentors in a startup community that is distributed and not limited by physical location.

Girdley remains optimistic and is committed to building a sustainable long-term program, backed by the Geekdom Fund 100 percent.

“It takes time for companies to get big and generate returns for investors,” Girdley said. “We find people who we think can move mountains because we’re hunting to find the best of the best. It’s harder to get into RealCo than it is to get into Harvard.”