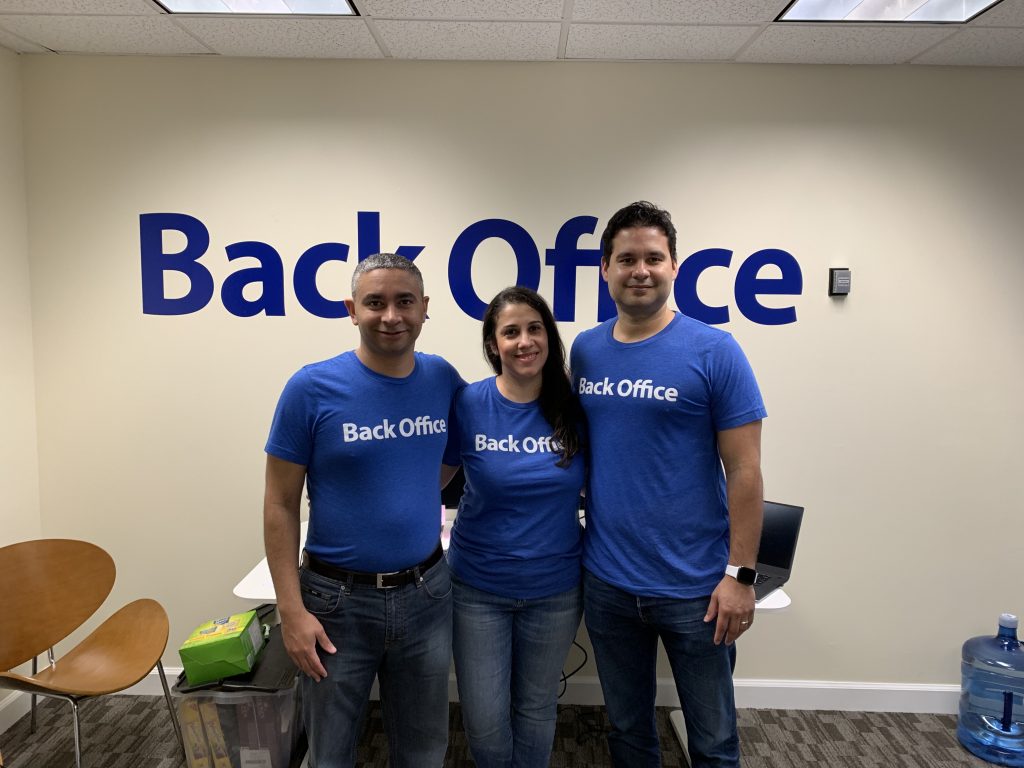 Active Capital is headquartered in San Antonio, Texas and invests in (B2B) software as a service (SaaS) companies in cities across the U.S.

Co-founders Felix Rodriguez, Glennys Rodriguez, and Edwin Mejia launched Back Office in January 2018 to help businesses automate their accounting and finance operations. Based in West Palm Beach, Florida, the emerging B2B SaaS company recently graduated from 500 Startups, a Silicon Valley-based seed accelerator. Back Office was one of 20 companies out of over 1,800 tech startups that applied accepted into the program’s most recent cohort.

The company’s artificial intelligence (AI)-driven engine can process over 4 million financial and accounting transactions daily. Their AI platform, called Prometheus, helps small businesses automate their accounting processes and reduce costs by 50 percent or more, according to Felix Rodriguez. Back Office is currently handling over $300 million in financial transactions and expects to process over $1 billion worth by the end of 2019.

“We have accounting and bookkeeper partners who use our automated platform so they can focus their energies on consulting their clients rather than spend time on tedious tasks,” Felix Rodriguez said. “We’re taking something that humans have been good at but training artificial intelligence to do it even better.”

Feliz Rodriguez and Mejia met through a mutual cousin at an entrepreneurial panel at Brown University more than 12 years ago. Felix and Glennnys met, then started three companies together and sold them all. One of their last companies before founding Back Office was Web Image, a hosting and email web design company that grew from three to 50 people in 15 months before it was sold to APLUS in January 2007.

Over Back Office’s first eight months the startup had 50 clients. By the time the three co-founders completed the 500 Startups program the company had reached over $600,000 in annual recurring revenue and now has 300 clients.

“We liked Back Office from our first conversation with them, but were quite frankly surprised, and thrilled with the ramp-up in marketing, sales and customer service performance they were able to achieve during our program,” wrote Mike Sigal, a partner at 500 Startups Fintech Fund.

Competitors in this market are do-it-yourself software tools such as Quickbooks. Zoho, or Wave. The competitors do not provide a running total of the business financials, while Back Office does.

A week before the 500 Startups’ Demo Day, Rodriguez reached out to Active Capital founder and CEO Pat Matthews to invite him to attend. The two founders hit it off from the start.

“Pat has done this before, so that makes him a unique investor who knows what it’s like to start and run a successful company,” Rodriguez said. “It was a different experience from pitching traditional VCs [venture capitalists] who might be good with numbers but don’t have founder experience.”

Back Office will use the capital to expand their operations, sales, and software engineering team and improve their AI platform while adding complementary products such as credit, bill pay, and other financial tools business clients can use.

“They’re a scrappy team making tons of progress with very little capital,” Matthews said. “Automating accounting for small to midsized businesses around the world is a big mission, and they’re already doing that. This money will be put to good use.”